Besides prosperity and equality, stability is a key attribute to social well-being. Like the first two dimensions, stability is missing in the Brazilian case. This note calculates monthly indicators based on per capita household income from all sources normally available in annual measurement windows. We propose discussing the implications of these windows in terms of measuring social welfare and highlighting their causes, such as the presence of Covid-19 in the country and the adoption of new income policies (aids).

Portrait - In terms of the latest annual poverty photograph of 2021, 10.8% of the population, around 23 million people, was below the poverty line of R$210 per capita. This was the highest level in the historical series in both relative and absolute terms. This poverty threshold, although low in meeting basic needs, is used as a criterion for eligibility for one of the aids in Auxílio Brasil. It can be perceived as a failure in official social  safety nets. In terms of changes, the proportion of poor people on an annual basis increased by 42.11% between 2020 and 2021, corresponding to 7.2 million new poor individuals compared to 2020, and 3.6 million new ones compared to the pre-pandemic period. 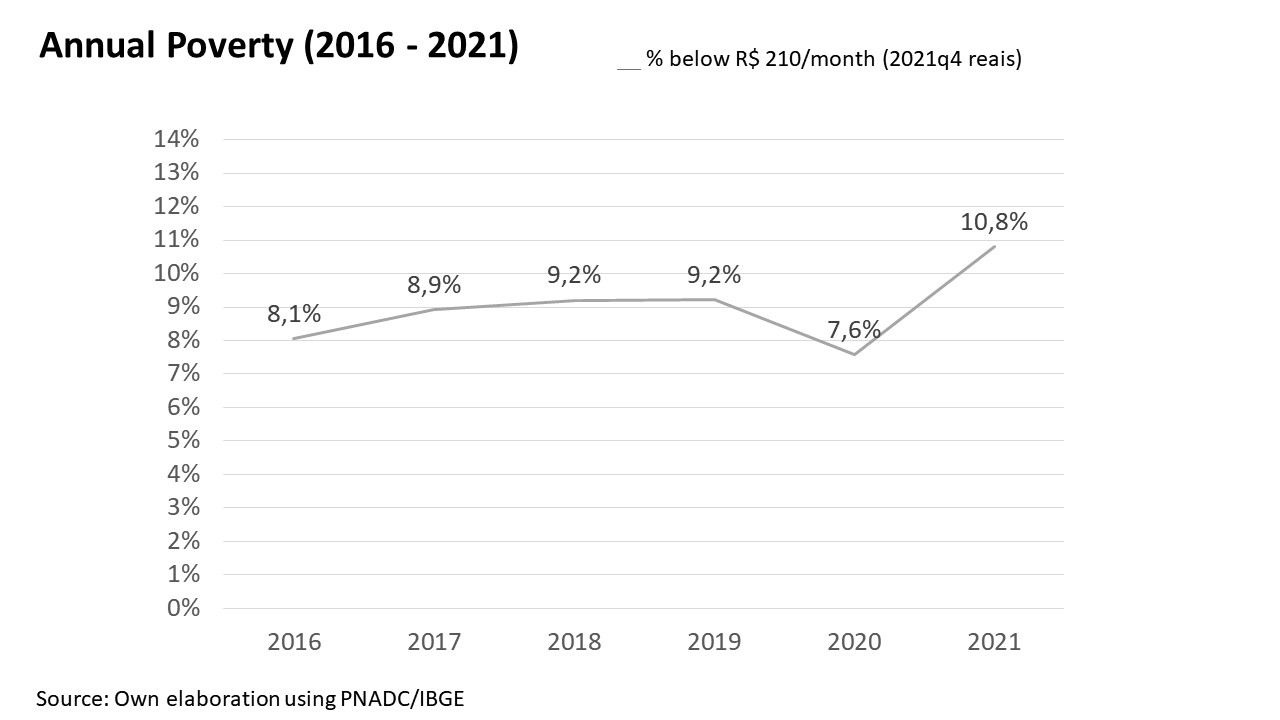 Monthly - Changes in the annual poverty series in Brazil hide in the recent period fluctuations with an amplitude 5.7 times greater than those observed in monthly series, especially considering its 238.5% increase in less than six months. This is the jump between the lowest historical poverty point experienced in August 2020, when it reached 3.9%, and the peak of 13.2% during the Emergency Aid interruption in March 2021. Coincidentally, this new peak of poverty is almost equivalent to the peak in the first month of the pandemic (13.3%). The last point in the series, of 10.4% in November 2021, is higher than pre-pandemic and projects a negative trend as it incorporates the fixed nominal values ​​of the new Auxílio Brasil in the face of high inflation, especially for low income families.

Aid - In order to understand the causes of social fluctuations, we show the series of average household income per capita from labor to capture the effect of social distancing and from official cash transfers to capture social safety nets. These per capita real cash transfers in relation to the entire population, went from R$11.77 in February 2020 to R$ 136.20 in July 2020, and dropped to R$ 13.93 in February 2021. In the last point of the series, which already incorporates new Auxílio Brasil programme replacing both the Auxílio Emergencial and the Bolsa Família Program, the value of transfers is R$ 19.29, or 63.9% higher than the moment just before the pandemic, but only 14.2% of the value found at the peak of Auxílio Emergencial. Incidentally, estimates by FGV Social with a poverty line of around R$300 reveal a monthly per capita cost of overcoming poverty of around R$15 additional to existing programs on the eve of the adoption of Auxílio Brasil. 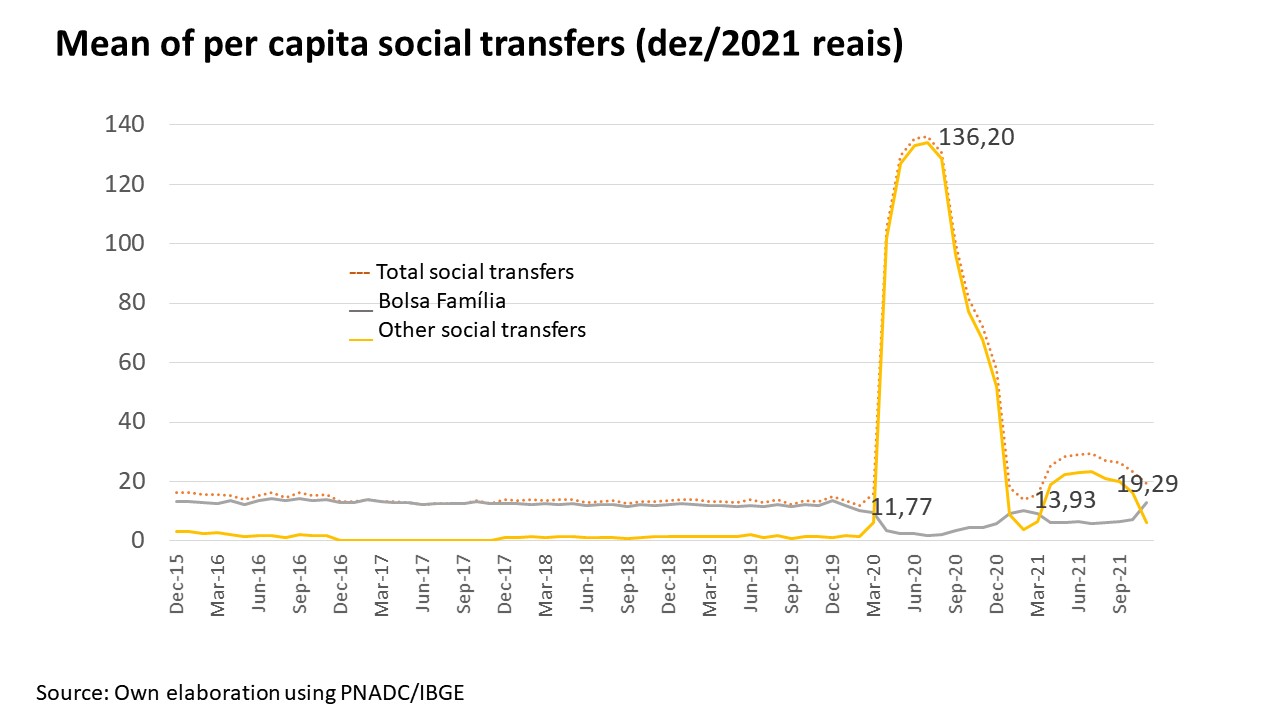 All the research materials can be accessed on the FGV Social website.